We can’t talk about prepping without talking about firearms. As a prepper and avid hunter, I believe firearms are tools of necessity. Should an emergent situation arise, I know I can provide food for my family. Should all law and order collapse, I have confidence that I have the proper selection of firearms to protect them. Though no single firearm can handle all jobs, this selection will.

Every prepper should have a primary battery of four firearms, each suited to perform different tasks. Examples include a .22 long rifle, a 12 gauge shotgun, a high-intensity rifle, and a pistol. When selecting firearms of each, consider the availability and versatility of the ammunition required.

Full disclosure: Like literally everyone else, I have strong opinions on the subject of reform, societal influences, and crime statistics. However, I will never use this site to glorify firearms or to further a political agenda. I do not have any political associations, nor am I a member of any related groups. I believe safety and knowledge are crucial. Suppose we are to have rational discussions about a firearm’s usefulness to a prepper. In that case, we must stick to those subjects in a way that educates and promotes social and personal responsibility.

Before You Start: A Few Words on Safety and Storage

Firearms demand respect. Regardless of how it happens, your firearms can take the lives of others if placed in the wrong hands, be it the hands of a thief or a toddler. Respect your firearms, and they will serve you well.

Your first task is to complete as much training as you can. Find a good training center and take all their basic safety and operation courses. They can also help you choose any certification or licensing courses your local laws require you to complete.

Even if you never plan on owning a firearm, training is a must for you and everyone in your family – even your kids. In a situation where you and your family are working to survive through some catastrophic event, you should absolutely know how to pick up that .22 you found in some abandoned shed because you might be able to shoot your next meal with it.

Lastly, make your storage plan and get it in place before making your first purchase. Do more than the bare minimum of what your local laws require and all of what your safety classes recommend.

This average little rifle will be the cornerstone firearm of your battery. It’s a great little gun for several reasons, most of all because it’s light and it’s cheap to operate. If a cataclysmic event occurs and the need arises to leave my house on foot, this is the rifle I will grab on my way out the door.

It’s not just the rifle itself that’s light, either. Ammunition is small and light, as well. You could easily carry 50 rounds in your bugout bag, and it will take up less room than a bar of soap. It’s inexpensive, too – I like to pick up a brick of 500 for around $45. Though .22 ammo is not great for reloading, the price, availability, and weight make it easy to load up your prepper storage with an ample supply.

The .22 rifle is an incredibly versatile and valuable firearm, and it’s ideal for training new and seasoned shooters alike. Though I wouldn’t be overly confident with it, it has enough power to take down deer-sized animals with proper shot placement from within a reasonable range. Don’t expect it to drop a deer in its tracks, but it’ll get the job done if you’re starving. There is a reason why it’s the most-used rifle for poaching deer.

It’s also adequate for self-defense. Though there are far more powerful firearms, there is no doubt that a .22 will injure and disable a threat, which you need in a survival situation where legal ethics may not matter.

In fact, amazing feats have been accomplished with a .22.

The biggest grizzly bear ever killed in Alberta, Canada, was taken by a 63-year-old Cree woman carrying her old, beat-up Cooey Ace n 1953. Bella Twin was a life-long hunter and trapper. She reportedly came across the bear while out berry picking one day. Without much hesitation, Bella used her .22 to plant a bullet in the side of its head. Though the bear dropped, likely killed by the first shot, she placed a few more rounds in the same vicinity to ensure her victory over the bear. The rifle and the grizzly’s hide are in the care of a museum in Edmonton, Alberta, Canada.

A .22 rifle should be in everyone’s battery. Many companies make single-shot youth models that are compact, light, and highly economical. Perfect for throwing in a bugout kit or keeping close for emergencies.

Many companies make a .22 caliber pistol if you need something more compact. The Ruger Rangler runs a couple hundred, or on the other end, competition target pistols are available for much higher. Many options lay in between, and you can find a good fit depending on your needs.

The second addition to your battery is a 12 gauge shotgun. This firearm is the #1 all-rounder, mainly because of the vast array of shot sizes available. It can also shoot slugs, flechette, coins, and more uncommon self-defense loads. If a cataclysmic event occurs and I have to leave – but weight isn’t a concern – this is the firearm I’m taking.

A 12 gauge pump action with a 3 ½ inch chamber will shoot all 12 gauge ammo. I would only purchase the two shorter cartridges, but if I were in a situation where I needed ammo, and 3 ½ is all I could find, I’d be fine. Longer shells carry more shot, but it’s not worth the cost or the extra weight.

For preppers, the draw is not just the unimaginably large selection of ammunition but the use of shot. When a single load fired from the barrel delivers multiple projectiles in the direction of a smaller moving animal, your chances of hitting your target grow.

Though they aren’t anywhere as light as a .22, the 12 gauge is better for hunting. Shotguns are better for small game and fowl with shot, but when loaded with slugs, they can ethically and safely take down all sizes of game in North America.

While shotguns are categorized as firearms, most jurisdictions consider them sporting firearms, which means that restrictions surrounding them are often lighter. You never hear people screaming about getting all the shotguns off the streets.

This category of firearms is the largest because it spans both hunting and military cartridges. Depending on your rifle and cartridge combination, more power, range, accuracy, and speed are all possible. When considering your addition to your prepper battery, the most flexible option would be a semi-automatic military-style rifle, as you can use it for defense and hunting. Still, if that’s not your style, a bolt-action will do just fine.

While shotguns can take down their targets by spraying the field with shot, modern rifles are far more accurate and have far superior knockdown power at extended ranges. This accuracy and power come at a cost; they require more training and practice to operate sufficiently, but the payoff is the ability to shoot larger game at ranges beyond 200 yards.

When selecting a high-intensity rifle, the very first consideration should be our objective. Since we’re preparing for an unknown, possibly disastrous future, our focus should be on a cartridge suited for hunting and defense, paired with a reliable rifle that will be less likely to require repair.

If you want a rifle to take down deer and small game, a rifle that can handle 5.56mm NATO rounds is ideal. The benefit is that you can shoot both military-spec ammo and civilian hunting rounds. It has the bonus of also shooting .223 Remington rounds, but the reverse is not necessarily true. Using 5.56mm NATO rounds in a .223 chambered rifle may cause explosions or damage the barrel.

If your ideal game is larger than a deer, look for a similar variety of rifles, but chambered in .308 Winchester. A .308 rifle can shoot all .308 and 7.62x51mm NATO rounds. Both cartridges are extremely common in the civilian and military shooting world.

If you have to stray from standard military sizes, stick with rifles chambered for .30-06 Springfield, .270 Winchester, 6.5 Creedmoor, 7mm Remington Magnum, or another extremely common caliber.

Why Choose a Rifle That Accepts Hunting and Nato Military Loads

In 1980, NATO standardized all loads for their rifles across all member nations. It created redundancy in their stores, and no matter what was happening in the world, as long as one member country was producing ammo, all NATO troops could shoot it.

The USA, Canada, Iceland, and 27 European countries are heavily stocked with these rounds. To say they are common is an understatement. If there is a conflict similar to what we currently see in certain parts of the world near NATO lines, having a weapon that can use available ammo is to your advantage. If you are in a NATO territory, roll with NATO.

While a pistol is far from a powerful firearm with a very short effective range, it is critical to your stores. If you’re on your own and forced to travel on foot, you may feel the need to carry two firearms. Taking a second long gun is an inexcusable weight expense. Enter the pistol. A compact and easy-to-carry pistol can ride… shotgun? (I’ll see myself out!)

Though they are nowhere near as powerful as any other firearms on this list, pistols have advantages. Pistols are the only real easy-to-conceal firearm, ammo is cheap and plentiful, and their accessibility can make them your first line of defense. And they’re a lot of fun at the range.

Any 9mm pistol used by western militaries makes a good choice because there is confidence in their real-world use. Pistol caliber carbine rifles can also be chambered in 9mm, using the same ammo for both. Apart from .22 cartridges, 9mm is probably the easiest to shoot because of its relatively low recoil, and accuracy is also decent.

If more punch is needed than the 9mm can provide, revolvers chambered for .44 Remington Magnum or .357 Magnum are good options and can pair with lever-action rifles in the same caliber. Look for matching rifle and pistol sets.

I wanted to keep this all relatively high-level because I know there are so many different (loud) opinions on what’s best. Here’s mine: It doesn’t matter what firearm you have if you don’t have any ammunition to fire. The suggestions listed here are based on how easy it is to stockpile ammunition now or how likely it would be to get more after the fall of civilization.

If you already own one or more firearms, work them into your plan. Acquire firearms that complement yours to fill in the gaps. You might as well work with what you know.

Buy ammo. Learn to reload if you don’t already. Get all of the supplies you need. Once again, it’s all worthless if you have no ammo.

Last but far from least, follow your local laws. Get certified and licensed. Keep your nose clean. After working this hard for the future, the last thing you need is to have your battery confiscated over an oversight. 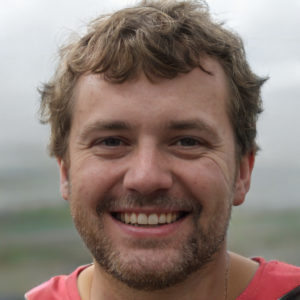